Last night, while #1 and #2 were off with the carpenter (aka coach) winning a softball game, #3 and #4 and I had a petal party. The spectacular sakura in our backyard is giving up its blossoms, resulting in a luxurious soft pink carpet on our back deck. I love glancing out the window and for a split second, mistaking the petals for snow. 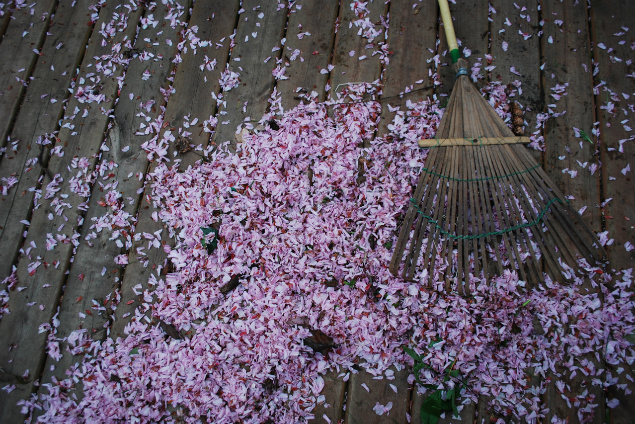 Yes, we really have enough to need a rake.

Some of us thought it would be fun to make a big pile and jump in them, autumn-leaves style. Others preferred to drag the rake around haphazardly, making little swirls reminiscent of a zen garden. 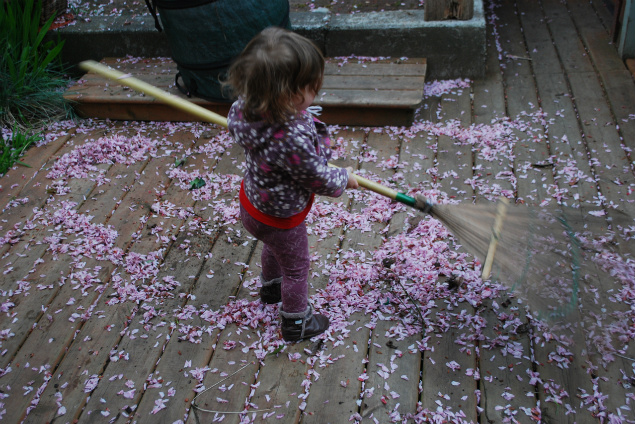 Petals were tossed, piggy-backs were given, and some heavy thoughts that had been preoccupying me all afternoon fluttered to the periphery, for a while at least. 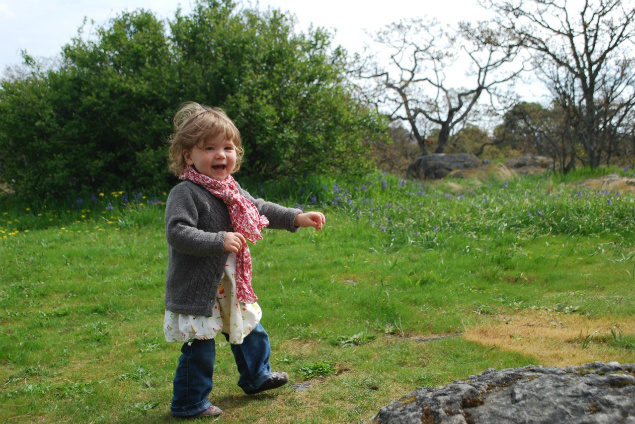 In other flower news, it’s camas season. Ele and I had a wildflower walk in the park last week, just as they were starting to come out. Millie is doing a unit on native plants in her class right now, and can identify all sorts of flowers that are still new to me. She and two of her friends have launched a little magazine called the Wild Flower Gazette. 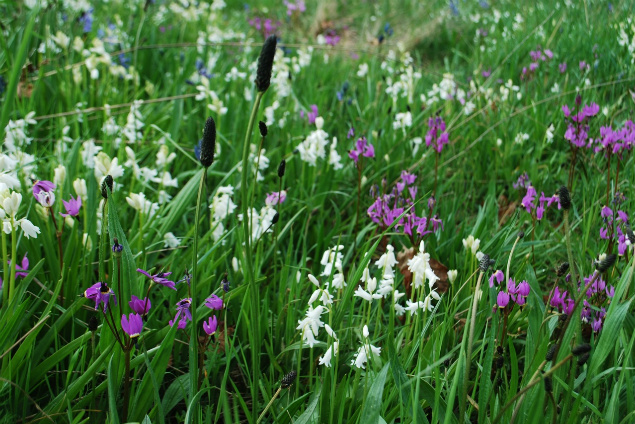 Shooting star, above, and camas below. 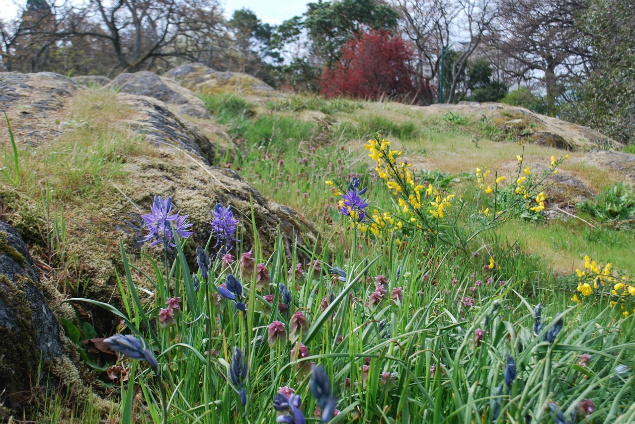 What flowers are out in your neck of the woods?